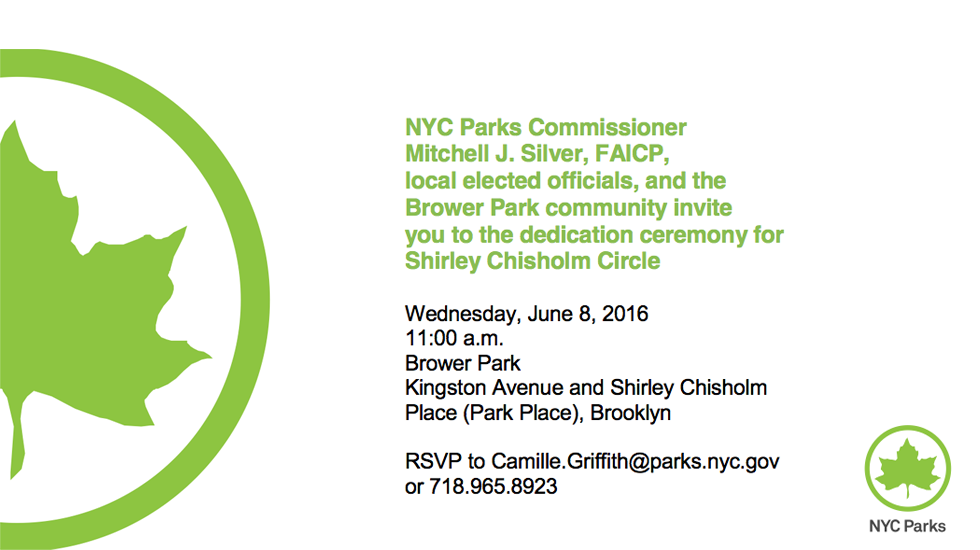 Two groups Chisholm cofounded, the Congressional Black Caucus and the New York Chapter of the National Organization for Women, continue to thrive. Women who worked or interned in her Congressional office, including California U.S. Representative Barbara Lee and former Atlanta Mayor Shirley Franklin, maintain her legacy.

The daughter of Caribbean immigrants, Shirley Anita St. Hill was born in the Bedford-Stuyvesant neighborhood of Brooklyn, N.Y. Her father Charles Christopher St. Hill, born in British Guiana, emigrated to the United States in 1923. Chisholm’s mother Ruby Seal, born in Christ Church, Barbados, emigrated to the U.S. in 1921. At the age of 5 Chisholm and her two sisters were sent to live with their maternal grandmother in Barbados, in the West Indies. A gifted student, Chisholm later credited her eloquence and writing skills to the traditional, British-style Barbadian schools. Chisholm returned to Brooklyn at the age of 11 and then graduated from Girls High School in Bedford-Stuyvesant in 1942 (now Boys and Girls High School) and Brooklyn College in 1946. She worked as a nursery school teacher and an educational consultant while pursuing a master’s degree in early childhood education at Columbia University.  She became known as an authority on early education and child welfare. Chisholm met and married Conrad Chisholm while attending Columbia University.

Chisholm’s interest in politics grew out of her experience as a director of early childhood education. She was elected, as a member of the Democratic Party, to the New York State Assembly in 1964 and served through 1968. Chisholm led the legislative effort to pass a bill extending unemployment benefits to domestic workers, and  sponsored the introduction of a Search for Education, Elevation, and Knowledge (SEEK) program. This program would provide disadvantaged students the opportunity to enter college while receiving intensive remedial education. Chisholm, taught remedial education at 1075 Park Place, on the corner of Park Place and Kingston Avenue. This section of Park Place was renamed “Shirley Chisholm Place” in 2009. The Brooklyn Daily wrote “…Shirley Chisholm Place will soon be found at the corner of Park Place and Kingston Avenue, right where the former legislator lived and served constituents. 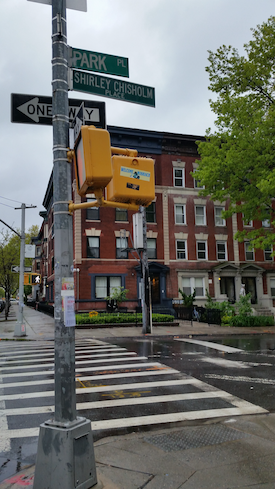 Four years later, Chisholm used a sound truck and the slogan “Unbought and Unbossed” to win the 12th Congressional District seat, taking office in 1969. That campaign slogan became the title of her 1970 biography.

With little money but a dedicated cadre of supporters, Chisholm sought the 1972 Democratic nomination for President. Despite being on the ballot in only 14 states, Chisholm had more than 150 delegates at the Democratic National Convention that year, eventually conceding the nomination to George McGovern. The landmarked Crown Heights building at 1028 St. Johns Place was Chisholm’s 1972 presidential campaign headquarters and now houses the Carlos Lezama archives. 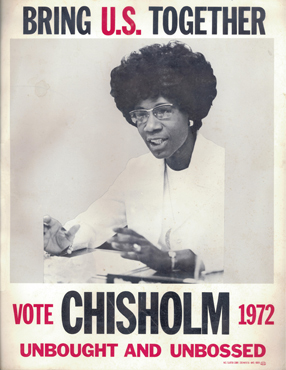 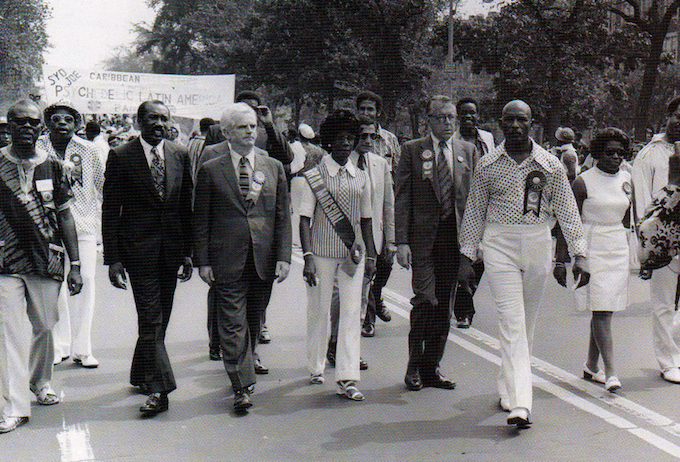 Chisholm served seven terms in Congress before retiring in January 1983. During her years in Congress she was a founding member of the Congressional Black Caucus and the Congressional Women’s Caucus. She taught, lectured, wrote, and continued to speak out for the rights of women, people of color and the poor. Causes that are still pertinent in the 21st Century.

On May 2016, U.S. Senator Kirsten Gillibrand and U.S. Representative Yvette D. Clark urged the National Parks Service to place Crown Heights North Historic District to be placed on the National Register. As reported in the Brooklyn Daily Eagle, Senator Gillibrand refers to Shirley Chisholm “As a visionary, public servant and as a fighter,” someone who “embodied the spirit of a true pioneer and trailblazer.” In their letter they state that Crown Heights North’s historical significance lies in the emergence of civil rights leaders such as Shirley Chisholm. Chisholm lived at four locations within the Crown Heights North historic district and within 5 blocks of Brower Park: 1094 Prospect Place, Sterling Place and 1028 St. Johns Place and 28 Virginia Place (not in the historic district).

Chisholm died on January 1, 2005. When asked how she wanted to be remembered,

Learn more about Shirley Chisholm at the Brooklyn Public Library.

To take a walking tour of Shirley Chisholm’s residences in Crown Heights follow the steps of the brownstoner.com Walking Tour: Part One, Part Two.

Shirley Chisholm: “Unbought and Unbossed” with an exclusive interview.

Books written by or about Shirley Chisholm