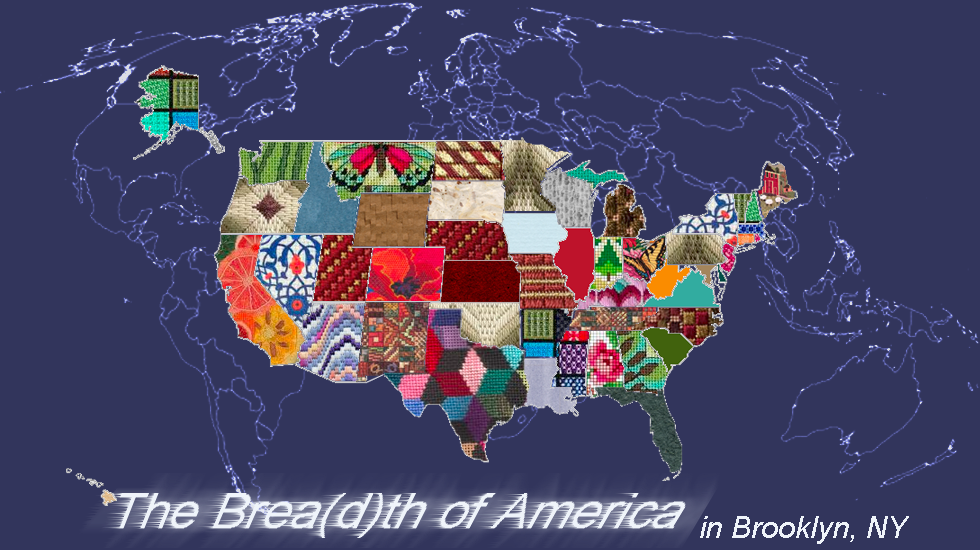 The Brea(d)th of America is an opportunity for our community to share our individual perspectives, experiences and understandings about the “American Dream:” What makes, would make America great? Listen to the American story through the lens of our individual experiences? What future(s) do you see? Krista Tippett writes in “On Becoming Wise”: “I can disagree with your opinion, it turns out, but I can’t disagree with your experience. And once I have a sense of your experience, you and I are in relationship, acknowledging the complexity in each other’s position, listening less guardedly. The difference in our opinions will probably remain intact, but it no longer defines what is possible between us.”

It is an opportunity to experience and explore the rich human fabric of our American experiences. How are the local, national and global challenges in today’s political, cultural, and economic climate affecting you?

It is an opportunity to share the rich diversity of our dreams. And to engage in an open conversation that can lead to the fulfillment of the 18th century American attempt of “We the People”. Let’s try to follow Frances Kissling’s approach to facilitating conversation, “The pressure of coming to agreement works against really understanding each other…approach others positively and with enthusiasm for difference is absolutely critical to any change. More importantly, you’ve got to approach differences with this notion that there is good in the other. That it.”

Add your voice to the discussion. Listen to the myriad of perspectives and life experiences of your neighbors. This is not an opportunity to make political speeches or proselytize. Demeaning language and stereotypical labeling of others in our American community will not be accepted. Be thoughtful, logical, and fair. Use researched and verifiable facts if you are presenting an original work. Let the facts express your values and point of view. You may choose to read an excerpt from an existing work that has affected your views and approach toward your life. Apply the same rules of fairness.

Express your views in your favorite form…

If you are a writer use your favorite form e.g. short story, essay, commentary, poem, play, argument, etcetera. If you prefer visual express1ion e.g. photo essay, graphic expression, drawing, painting, video, etcetera. Those of you who love music and dance sing, dance, play your instrument. All works will be displayed in the Brea(d)th of America website gallery. We ask that you limit your remarks to 5 minutes or less to maximize access to the Mic.

What follows is a list of resource materials (that can only be incomplete) to help you compose your ideas. You are welcome to suggest additions to this list by emailing us at thebreadthofamerica@friendsofbrowerpark.org. Please put “Resource List” in the subject line.

Historical and Contemporary Points of View

This View of Life